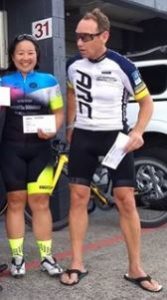 It was a fun week with lots of variety and good times.

The awards have been decided and are as follows.- These results are final and anyone who disagrees will have to deal with me in a boxing ring.

MVP / BOG Yellow Jersey – Adam Kenny – Adam attended all 5 rides and rode to the plan with a good attitude and strong power.

Green Jersey – Adrian Schlegel – too strong this week, won the T4B and the Jambox sprints, and pretty much any other sprint we had. 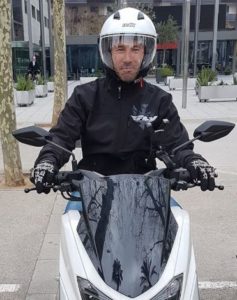 Polka-dot Jersey – me – maybe not first on the climbs but I get the jersey for COMPLETING the climbs. 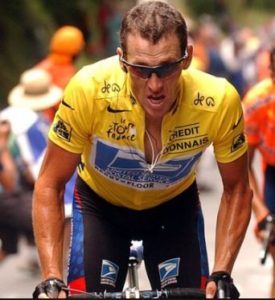 Encouragement award – Richard Doyle – who completed 100kms 12 hours after his holiday, and continued to build strong for the rest of the week. 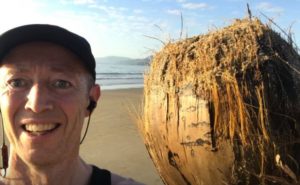 Also thank you and nice work to Andrew P, Greg N,  Lynton, Glen and Geoff who came along for at least 2 rides.

Hope you enjoyed the week as much as  I did and Happy Christmas to all!

Exciting Announcement from the Guv

Richard was ecstatic this morning when he discovered this news.

He wanted me to share it with the club, and I think he is also planning a night at his place to view the event/s.

Feel free to contact Richard for more information about Zwift.

British Cycling has agreed a two-year partnership with virtual racing and training app Zwift, which will include an ‘eRacing’ national championship next year, open to everyone.

In 2016, Leah Thorvilson earned herself a contractwith Canyon-SRAM, while Tanja Erath did the same last year. Ollie Jones also won a contract with Dimension Data’s under-23 development team last year, and British Cycling will use their ‘indoor national championships’ to help find any potential future stars, too.

“The eSports market is particularly exciting for cycling as it enables so many more people to participate and be active,” Jonathan Rigby, British Cycling’s commercial director, said on the federation’s website.

“We’re thrilled to be exploring this new territory with Zwift to innovate in cycle sport. Their technology and our cycling expertise will together allow communities of cyclists to get more out of riding bikes for competition and for fun.

“We’re also excited about what this could mean for identifying talent,” Rigby continued. “We’re proud to have a wealth of gifted riders competing on the world stage and are confident that Zwift technology will enable us to unearth more future stars.”

The competition, which is set to start in February or March 2019, is open to all riders, who will have to race through a number of qualifying events before the country’s best meet to battle it out through a number of different race formats, with a national champion’s jersey awarded to the winner. However, to qualify for the finals, you have to be a member of British Cycling.

UCI president David Lappartient told Cyclingnews in September of the cycling governing body’s intention to launch what would be a similar eSports world championships.

“We’re very interested in virtual sports as well as traditional outdoor racing,” UCI president David Lappartient told Cyclingnews. “We’re looking to the future of every of aspect of cycling, and so we’re keen to help virtual cycling develop. We want to ensure that happens properly by creating some clear guidelines and rules, including anti-doping rules.

“Cycling as an eSport is different to many other sports because it’s not virtual; you have to push on the pedals, so it’s a real physical effort. We could one day see Peter Sagan competing in eSport races. I think that would be great for cycling.”